the best. now in color.

Pick your Favorite and Get your Game On!

Pick your Favorite and

Get your Game On!

Now featuring transparent colors and clear matching plugs, the Brawler64 Gamepad by Retro Fighters is a completely redesigned N64 controller with Next Generation features and attributes. The Brawler64 provides you with a new and comfortable way to play your favorite classic N64 games. The Next-Gen styled controller has a completely updated look and feel over the original trident-shaped N64 controller – featuring a two handle design, responsive buttons, D-pad, main and shoulder trigger buttons, and a comfortable analog stick. 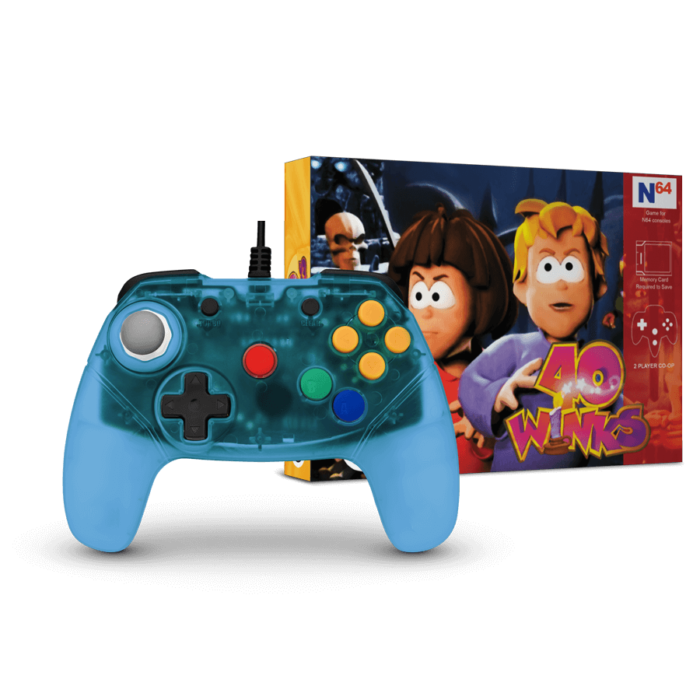 Brawler64 Controller Bundle and Save $10 Instantly.

Decide which cookies you want to allow. You can change these settings at any time. However, this can result in some functions no longer being available. For information on deleting the cookies, please consult your browser’s help function. Learn more about the cookies we use.

With the slider, you can enable or disable different types of cookies: